ASCAB Capoeira is located in Center City, Philadelphia, 1 block from Reading Terminal Market and next to the Convention Center. Public transportation is easily accessible. Friendly and safe, the center provides an optimal environment for learning Capoeira. Throughout the year, we offer Capoeira classes, Afro-Brazilian and Samba dance classes, and special workshops with visiting masters. The center is open to everybody and welcomes all races, ages and sexes.

Our commitment is to create a safe, welcoming, non-discriminatory environment to learn, explore, and grow as individuals in broader communities. Arts education for adults and children is offered through Project Capoeira’s programming and by working in cooperation with community centers, schools, museums, libraries, and festivals. Project Capoeira’s programs support and follow educational curricular guidelines. Importantly, the social interaction between students of Capoeira, many of whom come from diverse backgrounds, provides an optimal space for intercultural communication.

We offer capoeira classes for kids ages 4 and older. Capoeira is a Brazilian art form that infuses dance, music, gymnastics, martial arts and the Portuguese language. This therapeutic combination of activities makes Capoeira incomparable to other martial arts and afterschool programs. Capoeira promotes both strong physical and emotional health while allowing children to learn respect, courtesy and social skills. Capoeira is inclusive and teaches resiliency. 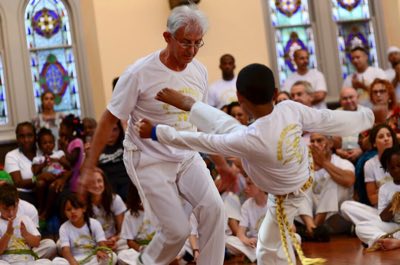 Make a birthday special and memorable! This is a great way to introduce children to this fun and energetic Brazilian art. For more information, contact us . 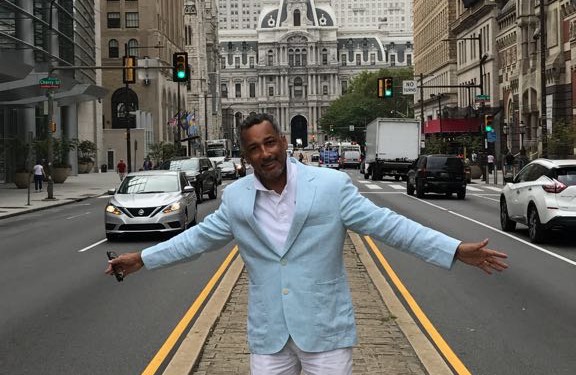 Adenilson Dos Santos dedicates his life to capoeira. This Brazilian martial and folk art is the speciality for which the United States government recognized him as an “Alien with Extraordinary Ability” in 2005, an honor given to 2% of applicants.

Dos Santos introduced Philadelphia to capoeira in 1997 and incorporated his 501©3, Project Capoeira, in 2001 with a mission to use capoeira as a vehicle to share Brazilian arts with the community. Dos Santos is an authentic culture-keeper and Brazilian arts community leader. He collaborates with local government, community and educational organizations, the consulate, and the public to be a role model for immigrant and arts-practitioners and to share the positive contribution that the Brazilian community creates.

Adenilson Dos Santos guides capoeiristas in 8 countries, 5 continents, and 10 states. Many under his guidance trained in Philadelphia, relocated, and share capoeira with their new communities helping this folk art continue its existence. Dos Santos leads Project Capoeira’s cultural center in Philadelphia, Pennsylvania. He advises and travels to teach and guide the capoeira groups, these metaphoric seeds of the folk art, in different communities.

Dos Santos’ efforts with Project Capoeira earned him local, state, and national recognition through grant funding and awards. The National Endowment of the Arts and National Association of Latino Arts and Culture, Hispanics in Philanthropy, Pennsylvania Council on the Arts, Philadelphia Cultural Fund, among others, acknowledge the merit and community contribution of Dos Santos.

Dos Santos is a Brazilian native with an African and Indigenous lineage. Capoeira was also created among the Brazilian poor, and heavily influenced by the displaced Africans in Brazil and the Indigneous peoples of Brazil. He comes from a poor family and emigrated to the United States to follow his calling – capoeira. Adenilson Dos Santos uses wisdom, humor, and inter and intrapersonal talents to teach and be a positive role model. His humility reflects in his actions validating his life’s mission.

The Brazilian Day Philadelphia Series returns every September. This Brazilian Independence Day celebration includes, a flag ceremony, Capoeira performances and classes, and a variety of other Brazilian arts and cultural events for the public to enjoy.

Located at the Great Plaza at Penn’s Landing, 101 S. Columbus Blvd, Philadelphia, PA, 19106 from 1 pm to 7 pm. Join us for Capoeira, Samba, Batucada and a variety of Brazilian music and art performances. The event is free and open to the public.

The Brazilian Flag-Raising Ceremony celebrates the anniversary of Brazil’s independence. Each year at Philadelphia’s City Hall in September, Project Capoeira and the Office of City Representative organize the flag ceremony. Councilman Oh, the Office of Immigrant Affairs, and Brazilian community leaders speak and a cultural performance follows. We encourage the public to participate in this celebration. 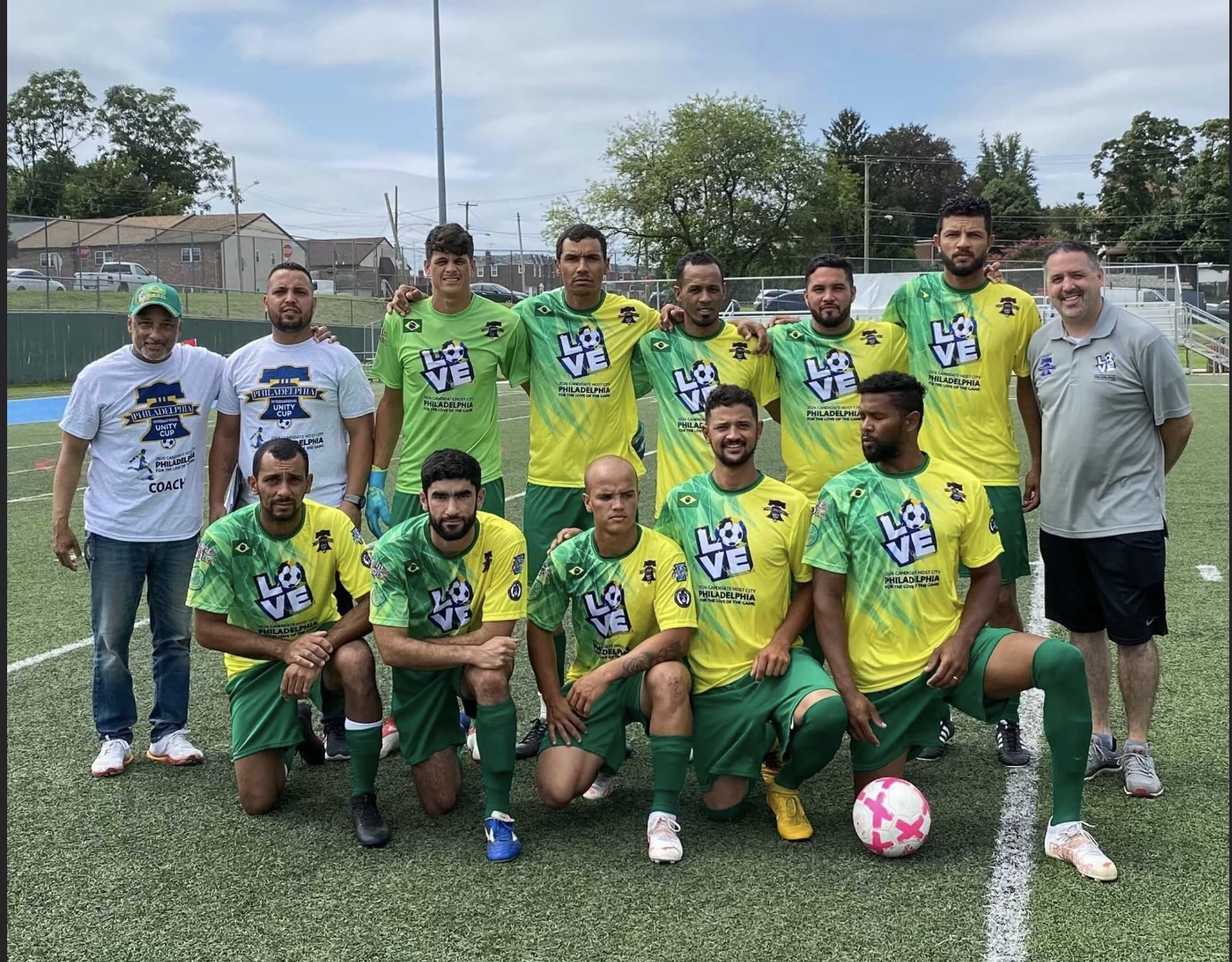